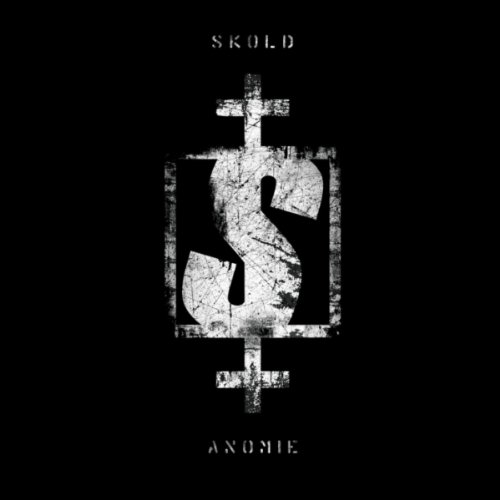 Tim Sköld is probably one of the busiest and lesser known musicians working in the Industrial music scene. Hailing from Skövde, Sweden, he got his start in a glam metal band called Shotgun Messiah which found some success. Once they disbanded in 1993, Sköld went in a different direction with his first solo album.

Released in 1996, titled simply SKOLD, his solo album was more of a dance, electro-industrial album. This was the beginning of a career that would take Sköld down a path working with musical heavy weights like KMFDM, Marilyn Manson and ohGr. With Manson, Sköld handled a variety of jobs from playing bass, to producing, to programming drums to creating artwork.

Fifteen years later Sköld has released his second solo album Anomie. This album is heavier, darker and more aggressive than his first solo project. Most likely (at least in part) influenced by those he performed with over the years (or perhaps he influenced them). With Anomie, Sköld controls everything. He wrote all the songs, played every instrument, and produced it. As he describes it; “…There is absolutely no collaboration on this album whatsoever. The ‘drummer’ (me) hates the ‘guitar player’ (me). The ‘singer’ (me) refuses to do more than one take and the ‘bass player’ (me) is out doing other shit while the ‘Producer’ (me) really just wants to kill them all. It’s a very sick affair.”

I must admit, I had to listen to Anomie a couple of times. On my first listen I really didn’t like it at all. It seemed too chaotic. Each track seemed so different from one another I had to check I was still listening to the same album. I’m all for diversity in songs on a single album, but too much difference and it detracts from a cohesive experience.

Upon my second and third listen, however, I started to see the structure in the madness. Starting off fast and heavy out of the gate, “(This Is My) Elephant” has loud angry guitars that sit front and center. Interlaced is a slow paced beat and Sköld’s usual distorted, grungy vocals. “Angel of Noise” starts off with some creepy, slow piano then abruptly kicks you in the face with angry guitars and heavy beats. It switches between choppy breaks and pummeling beats interlaced with distorted vocals.

“The Hunger” and “Here Comes The Thunder” sound like they could be Marilyn Manson songs from “The Golden Age Of Grotesque” that Sköld worked on. With “The Hunger”, Sköld slows things down. Almost ballad like, the guitars sit further back and drums stay at a slow pace. The distorted vocals are replaced with a more clean sound with no aggression. “Here Comes The Thunder” is blatantly aimed at Manson himself. It continues the slower pace but puts a more distorted, aggressive beat up front. The vocals switch back to the more distorted grunge sound and there are some nice guitar hooks layered in the background.

“Tonight” switches things up yet again feeling closer to a KMFDM song. It incorporates a faster electro-dance style beat that stays up front the whole time. That is combined with some distorted guitar in spots and more clean, non-distorted vocals.

The deluxe version of the album comes with two extra tracks, “Polka Dot Dress” and “Deserve.” Both of these songs continue the KMFDM like sound with interchanging slow/fast pacing, synth beats, buried electronic noises and Sköld’s distorted, echoish vocals.

I am a fan of Sköld’s first solo effort and I like his second one, Anomie, even more. Anomie is darker, more aggressive and switches things around so often it never gets boring or stale. It’s a great mix of electro-dance and industrial, guitar driven metal. You just might have to listen to it a few times before the chaos becomes normal to you.