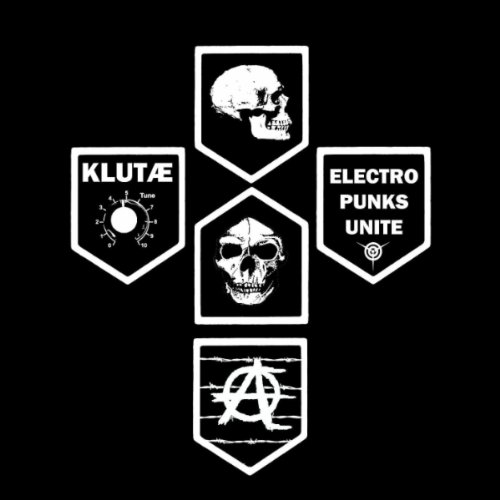 I was engaged in a conversation at the bar the other week about Industrial music. It involved something I hear a lot from people, “Wow I haven’t listened to [band name] in forever.” This has always been a foreign concept to me. Over the years, instead of forgetting about bands and moving on I just add to the collection. I still listen to the bands I listened to in the 80’s & 90’s (Skinny Puppy, Leæther Strip, Ministry, Iron Maiden). I never stopped listening and they are even still around today. Some bands have slipped through the cracks however. Klutæ was one of those bands… sort of.

Klutæ is the project of Claus Larsen. Larsen is well known in the Industrial scene from his band Leæther Strip, which he started in 1988. Many argue (and I agree with) that Larsen and Leæther Strip helped define what is known as Electro-Industrial music today. Larsen has worked with and done countless remixes for a ton of Industrial bands. If there was a “grandfather” and mentor of Electro-Industrial, Larsen would be it.

Around 1991 Larsen started a second band called Klute. Klute was still Industrial music but it was different than Leæther Strip. Leæther Strip is dark, moody and occasionally dance friendly. Klute was a departure from that. Klute was fast, heavy and aggressive. In 1996 Klute disappeared and Larsen kept focus on Leæther Strip. That’s when I lost track.

Around 2006 however, Larsen reformed Klute as Klutæ. He had to change the name to avoid confusion with a drum and bass artist who had risen to fame going by the name of Klute. Now in 2011 we have the first North American release of a Klutæ album since 1996 and Electro Punks Unite is a damn good one.

Tracks like “They Fucked Me Over Again” and “Fuck You” have pounding beats and digital synth sounds interlaced with Larsen’s pissed off aggressive vocals. “You Define Me – I Destroy You” goes even further mixing pulsing beats with heavy, aggressive guitars. Larsen fills the track with some appropriate samples and lays down a slightly distorted and very hostile vocal track over it all.

“Bones in the Furnace” keeps things simple with a sludgy repeating beat, distorted guitars, sampling and hostile vocals. The beat and vocal style on it makes it feel like a nightmare nursery rhyme. “A World You Would Be Proud Of” and “Long Live EBM” changes things up. Larsen drops the distortion and aggressive vocals. He fills these tracks with fast paced straight up dance beats, digital noises and an overall cleaner sound.