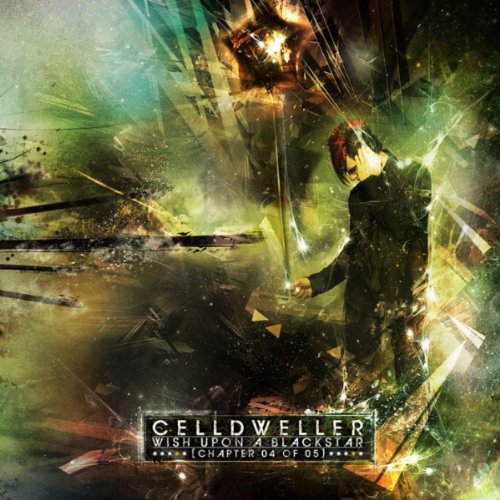 I was really divided with the latest release by Celldweller. So divided in fact I’m just going to break things down good and bad.

The Good:
Celldweller is an interesting and unique beast. The mastermind behind it is simply known as Klayton. Much like Reznor did with “Pretty Hate Machine”, Klayton is a one man army with Celldweller, handling all the jobs to create the music.

The music on “Wish Upon a Blackstar” Chapters 1-4 is a well mixed hybrid of Rock, Electronic-Industrial and even some Trance thrown in. Some of the songs have heavy distortion and electronic ambient sounds, such as “So Long Sentiment“. Other tracks like “Louder Than Words” are more Trance like with a dance beat and polished, pop like vocals.

Musically, without the vocals, Celldweller has a good hybrid sound that is well produced. It is a little disjointed at times, but if you’re into electro-trance style rock music, you’ll dig it.

The Bad:
What killed the album for me are the vocals. To verify this I listened to the instrumental versions of several of the tracks. It was like night and day. Vocals add a lot to the feel of a song. On Wish Upon a Blackstar, Klayton’s vocals are very polished and rather Pop Metal in approach. The vocal work reminds me of bands like Linkin Park and HIM. Some people dig that shit. Personally, I can’t stand it.

The Split Decision:
I dig the instrumentals that Klayton has put together as Celldweller for Wish Upon a Blackstar. It’s an interesting mix between electronic and rock, even if it’s a bit too polished at times. In my opinion, the music would be much better with different vocals. Fans of Pop Metal will most likely dig the vocals though.

Overall, if you are a fan of Electronic and Rock music but hate polished Pop Metal vocals (think Linkin Park), seek out the instrumental tracks of Wish Upon A Blackstar. I think you’ll like them. If you dig that kind of music and vocal work, I think you’ll be happy with Wish Upon a Blackstar as-is.