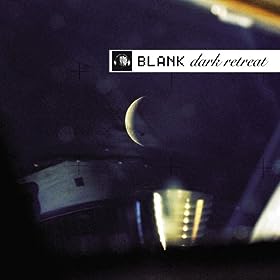 Within the realms of industrial and industrial dance, I will admit that I’m a little finicky. There’s a definite art in making dark dance music that is both danceable and bearable. In the case of Blank’s debuting album Dark Retreat, I felt like there were moments of perfect balance. In other moments I found the album… Danceable. Dark Retreat is quite the eclectic piece, as I’m sure Blank is an eclectic group. There are songs that are reminiscent of Front Line Assembly and there are songs that made the bands Orgy and Zeromancer pop into my brain for the first time in five years. Yeah, thanks.

I found a balance while listening to tracks “Nothing You Can Say” and “Dreamscape”. These tracks are slower as they unveil what I would say is Blank’s true style; and I say this because there is nothing to compare them to. Then, of course, there are tracks that immediately made me begin comparing Blank to (insert any industrial dance band name here). In fact, the first two songs “Subliminal Man” and “DioChemicals” really just felt like music you’d hear in the background of a goth club. The tracks, I found, were a bit misleading. As the album proceeds, the tracks gain more depth and dimension.

The first five songs are really just industrial dance with slower vocals. When I found my way at the middle of Dark Retreat, I began to really dig Blank. The beats were more intricate and creative, the synths were sharp, and the vocals driving. My only real criticism of the album in its entirety is that the lyrical structure and meter is a little fatiguing to the ears. While the music builds up, the vocals do not follow suit in any way; it felt as though there were only slight differences between the choruses and the verses.

I will say that Dark Retreat has done a decent job of putting Blank on the radar for me. I believe that lovers of industrial dance and different types of electronic crossovers would appreciate this album. As for you 1980s Throbbing Gristle industrial purists, this is not your cup of Zima.