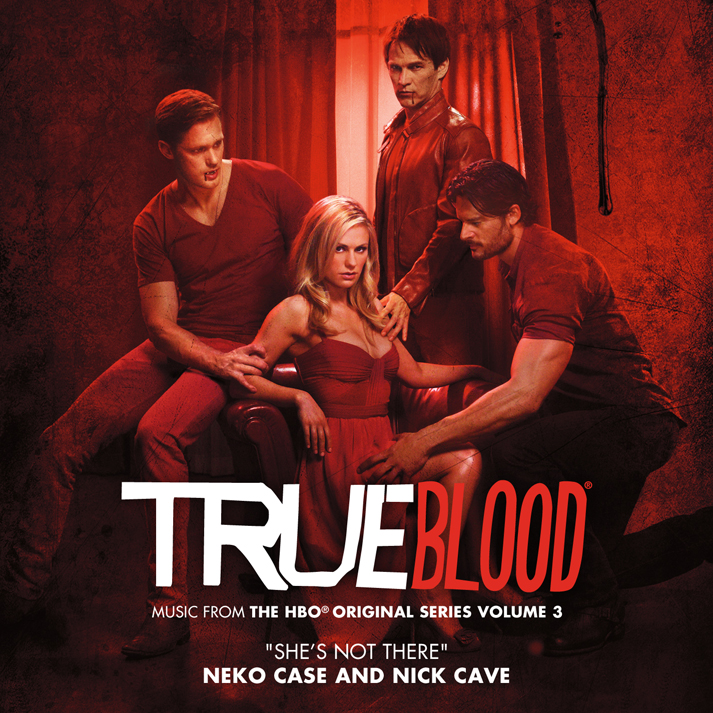 Gary Calamar, KCRW DJ and music supervisor for HBO’s True Blood, has an interesting post up about one of the new songs for Season 4 of True Blood. They managed to get Nick Cave & Neko Case to perform a cover of The Zombies’ song “She’s Not There“. True Blood has always had great music included in the show. This cover of “She’s Not There” is another excellent song added to the collection.

A little background. If you are a fan of True Blood you know that each episode is named after one of the songs that are in that episode. So it’s always exciting for me to crack open the script and see what the writer has in mind for the title and the song that I will ultimately need to track down and license for use in the show.

When I received the first script for episode #401, written by Alex Woo, I saw the title “She’s Not There”, one of my favorite songs by 60′s British Invaders The Zombies.

Alex had suggested that we use the Santana version of the song. I thought well, we’ve got some time. Why don’t we try and produce a new, fresh version of this classic and make it our own? Let’s have some fun with this — Bon Temps Louisiana Style.

Check out the article and hear a streaming version of “She’s Not There” over at the KCRW blog.