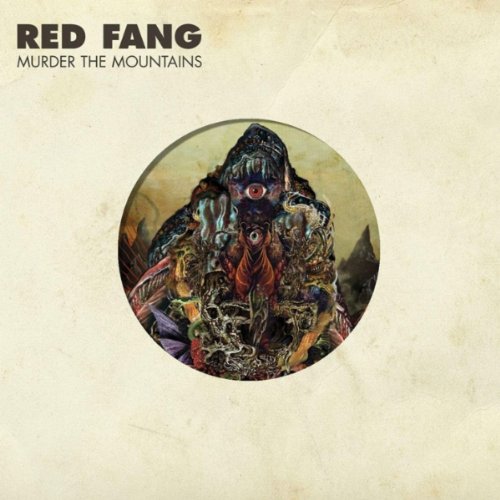 What can I say, I am a fan of “Stoner Rock”. Something about the groove that good “Stoner Rock” produces is very appealing. Red Fang is a essentially a “Stoner Rock” band at heart, but they produce something a little bit different.

Red Fang has the stoner rock vibe with sludgy guitars, foot stomping drum beats, and restrained 70’s rock vibe on the vocals most of the time. They add more to the music though than many stoner rock bands do. With their album Murder The Mountains, Red Fang has almost a punk vibe mixed into the sludgy stoner rock they create. It’s almost as if The Melvins and Kyuss merged into a single being.

With tracks like “Hank Is Dead“, Red Fang kick through with a fast paced, stoner punk song. Complete with melodic, restrained vocals and upfront guitar work.

“Dirt Wizard” switches things with a more metal feel but it holds on to the sludgy, stoner like groove at a fast pace. “Throw Up” continues along in the same vein with a very Melvins like base. It drops the restrained vocals for a more growl aggressive vibe much like Big Business.

“Wires” is one of my favorites on the album. It starts off with a fairly usual guitar hook for a stoner rock song. It then shifts gears into a very catchy, foot stomping beat kin to old Sabbath or Monster Magnet.

Red Fang doesn’t introduce anything earth shattering or super new, but the way they mix things up between Stoner Rock and a Punk Metal vibe can’t be ignored. These guys will get your feet moving and your head banging. If you dig bands like The Sword, Black Sababth, Kyuss and the like, check out Red Fang.